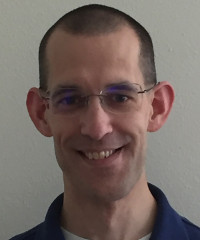 Our research focuses on proteins called lysine deacetylases (KDACs) or histone deacetylases (HDACs).  KDACs chemically modify other cellular proteins, and they have been linked to a wide range of essential cellular behaviors.  Aberrant KDAC activity appears to be linked to numerous disease states, including many cancers.  However, because it is largely unknown which proteins are being modified by KDACs, the reasons for the links to diseases are unclear.  Our goal is to understand the physical interactions between KDACs and other proteins.  Approaches utilized in the lab include characterization of purified KDACs and genetic engineering to control KDAC behavior in cells.  Greater understanding of these interactions, and identification of particular target proteins, may lead to new therapies and diagnostics for diseases via new cellular pathways and drug targets.