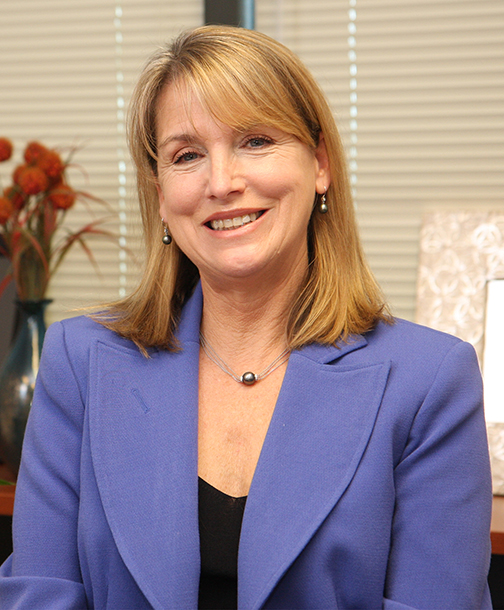 Melinda S. Sothern, Ph.D., CEP is a licensed clinical exercise physiologist and currently serves as Professor with tenure at the Louisiana State University (LSU) Health Sciences Center (HSC), Schools of Medicine and Public Health in New Orleans, LA. She is the recipient of the Jim Finks Endowed Chair in Health Promotion in Behavioral and Community Health Sciences and maintains an adjunct appointment in the Prevention of Childhood Obesity Laboratory at the LSU Pennington Biomedical Research Center in Baton Rouge.

Dr. Sothern’s research is widely published in a multitude of peer-reviewed scientific journals and in three scientific textbooks, Safe and Effective Exercise for Overweight Youth (CRC Press, 2014), The Handbook of Pediatric Obesity: Clinical Management (Taylor and Francis, 2006) and The Handbook of Pediatric Obesity: Etiology, Pathophysiology and Prevention (Taylor and Francis, 2005). She also senior-authored a popular press book for parents of overweight children to use in conjunction with their pediatrician or family physician entitled Trim Kids (2001, Harper Collins). The Trim Kids program is recognized by the National Cancer Institute as a Research Tested Intervention Program and is acknowledged by the U. S. Surgeon General for its community dissemination in YMCA centers in Louisiana.

Dr. Sothern was the 2009 recipient of the Obesity Society’s Oded Bar or Award for Excellence in Pediatric Obesity Research. In 2008 she received the Cecil J. Picard Award for Excellence in Education to Prevent Childhood Obesity in Louisiana and was selected as one of the Top Ten Female Achievers in New Orleans by New Orleans magazine. In 2014, Dr. Sothern received the 2014 Allen Copping Award for Excellence in Teaching at the LSUHSC School of Public Health and was honored with a proclamation by the New Orleans City Council as the outstanding alumna of the Human Performance and Health Promotion Program, College of Education, University of New Orleans in. In 2018, she received the Albert Schweitzer Fellowship Community Mentor Award for her role in supporting the Little Bitty Nutrition and Physical Activity Program in minority preschool children and their families. In April 2019, she was honored by the Louisiana State Legislature with a resolution in the House of Representatives for her decades of research in the prevention and management of childhood obesity.

Over the past 30 years, Dr. Sothern participated as principal investigator or co-investigator in nineteen NIH-sponsored trials that generated more than 32 million dollars of external funding to the state of Louisiana, of which 17 million dollars were awarded to the LSU Health Sciences Center. She currently oversees the Scientists for Translational Obesity Research in Youth (STORY) team and served as Principal Investigator (PI) on two National Institute of Health (NIH)-sponsored studies entitled, Molecular and Social Determinants of Obesity in Developing Youth (NIMHD) and Obesity and Asthma: Determinants of Inflammation and Effects of Intervention (NIMHD), and CO-PI/mentor on two additional studies, Obese Women may pass pro-inflammatory biomarkers through breast milk to infant (DK-NORC), A Social Marketing Intervention Designed to Increase Fruit and Vegetable Purchases (NIHMD), and Co-investigator/Mentor on a Post-doctoral Fellow award, Neighborhood Influence, Parenting Practices, and Youth Physical Activity (NICHD). In addition, Dr. Sothern previously served as Principal Investigator of a Louisiana Office of Public Health Maternal and Child Health sponsored study, An Intervention to Promote Environmental Changes in Pre-school Centers to Prevent Childhood Obesity (NAP SACC), CO-PI/mentor on an American Heart Association Pre-doctoral Fellowship Award, Constraining Outdoor Play Reduces Physical Activity and Promotes Obesity and Cardiovascular Disease and an LSUHSC-funded Award, A Pilot Study of an Intervention to Reduce Sugary Drink Consumption among Black Preschool Children, as well as, co-investigator/scientist on another NIH-sponsored grant, Community-Academic Partnership to Address Health Disparities in New Orleans (NIMHD). Dr. Sothern also previously served as a Principal Investigator on two additional NIH-sponsored studies entitled, Exploring Mechanisms of the Metabolic Syndrome in African American and Caucasian Youth (NICHD) and Insulin Sensitivity in Children with Low Birth Weight, (NICHD) and co-investigator on the NIH-sponsored study, Anthropometric Assessment of Abdominal Obesity and Health Risk in Children and Adolescents (RC1) and another NIH-sponsored, 6-year study entitled, Increasing Physical Activity Patterns in Adolescent Girls: the TAAG Study, with seven other sites nationwide. She also previously directed the physical activity intervention of the NIH-sponsored study, Environmental Approaches for the Prevention of Weight Gain: The Wise Mind Study, and served as Co-PI and/or mentor of three additional NIH-funded studies: 1) Environmental Determinants of Physical Activity in Parks (K01), 2) Training translational researchers in Louisiana (COBRA), 3) Measurement of Sedentary Behavior in African American Adults (K01). Dr. Sothern also served as consultant to several NIH funded projects including, a school based study entitled, LA Health at the LSU PBRC.

Dr. Sothern led her field in establishing standardized guidelines for prescribing exercise for children with increasing levels of obesity and is best known for her work in promoting active play as a means of preventing and treating childhood obesity. In acknowledgment of her achievements, she received the University of New Orleans Dr. Vane Wilson Award in recognition of excellent work and service in the field of human performance and health promotion in May of 2000. She has been a member of the American College of Sports Medicine (ACSM) and The Obesity Society for more than twenty years, is a fellow and former council member of The Obesity Society and previously served as member of the Annual Scientific Program Planning and Education committees. In 2007, Dr. Sothern served as Chairman of the Publications committee and supervised the transition of the scientific journal entitled, Obesity, to publication in the Nature Publishing Group. She is currently an associate editor for the journal, Obesity, and serves on the editorial board of the journals, Pediatric Obesity, Childhood Obesity and Obesity: Science and Practice. She previously served as an associate editor for the journal, International Journal of Pediatric Obesity for 4 years. She co-founded the Pediatric Obesity Interest Group, which is now formally integrated into The Obesity Society as the Pediatric Obesity Section.

Dr. Sothern was a scientific presenter for The Obesity Society Distinguished Lecture Series in 2004, the Southeast American College of Sports Medicine Distinguished Lecturer in the Fall of 2007, and was chosen as the Delta Omega Honorary Society in Public Health Faculty inductee for outstanding public health performance in scholarship, teaching, research and publications in October, 2007. In June of 2011, she provided the keynote lecture for the 2011 US Public Health Service Commissioned Officer Scientific and Training Symposium and delivered an invited lecture for the 2012 American Academy of Pediatrics Annual Scientific Meeting. Dr. Sothern is currently a Scientific Advisory Board Member for the Windward Islands Research and Education Foundation, St. George’s University, School of Medicine, Grenada. She is also a member of the scientific advisory committees for the United States Report Card on Physical Activity for Children and Youth and the Louisiana State Report Card on Physical Activity and Health for Children and Youth.

During the past 30 years, Dr. Sothern has provided over 250 invited scientific lectures or presentations to universities, medical centers and scientific meetings. She also represented the LSU Health Sciences Center as an invited lecturer for the Southeast Conference (SEC) Scientific Symposium in Atlanta, GA in September of 2014.  She is a reviewer for the National Institutes of Health, numerous pediatric, obesity, behavioral science and exercise scientific journals and provides scientific advice to several major national and international corporations including: Gerber Foods, Kraft Foods, Nestle International, Knoll Pharmaceuticals, Health Nutrition Technology, Susan Dell Foundation, the Disney Corporation and others., Pediatric exercise physiology, nutrition and behavioral counseling as it relates to the screening, diagnosis, design, implementation and evaluation of  interventions to prevent and treat chronic diseases in childhood including: 1) Pediatric obesity and metabolic syndrome, 2) Type 2 diabetes during childhood, 3) Pediatric asthma, musculoskeletal, and emotional disorders, 4) nutritional genomics. I am also interested in how the environment and behavior of mothers, infants, toddlers, pre-and-elementary school children and adolescents interact in genetic expression and physiological studies related to pediatric obesity and chronic disease including aspects of fetal programming and early childhood development.